Before I go on, I have to say that as far as prices go in this area there are a few anomalies. There are some stunning properties located east of Royal York and Lake Shore Boulevard on the south side of Lake Shore Boulevard that back directly onto Lake Ontario. As you can surmise, the views are spectacular. Forget Hoggs Hollow and Rosedale. No neighbourhood can compete with these kind of views and be so close to major traffic arteries. These homes start at $2.5 million. It got quiet didn't it. I bet you didn't think that Etobicoke had anything like this. Well it does!

In real estate speak this district more specifically before July 5th of 2011 was referred to on the MLS system as W06. Meaning anything west of the Humber River, south of The Queensway down to the lake and west towards Long Branch, the border that seperates east Mississauga from Etobicoke or the City of Toronto. Now with the new re-districting boundaries the Etobicoke waterfront condos have been lumped under the Mimico banner. Hmmm.....

For many years it seems that Mimico has been the underdog as far as west end neighbourhoods. With it's character homes, decent price points and family friendly streets it's hard to imagine why you wouldn't want to live here. For the most part Mimico has been the cheaper alternative for couples that have been outpriced out of the Bloor West Village/ Swansea/ High Park areas. Mimico, to some is still lumped in with New Toronto, Long Branchand Alderwood.

New Toronto is further west of Mimico and it roughly starts past 1st Street and melds into Long Branch near 23rd Street. The northerly border of New Toronto is aptly named New Toronto Street. Long Branch extends past 23rd Street all the way to 42nd Street or if you're being extra specific you can say Cherriebell Road.  The City of Mississauga begins at Dixie Road. Alderwood on the other hand begins at the base of Brown's Line and Lake Shore Boulevard West and extends northward towards Evans Avenue. A good chunk of Alderwood also extends east of Brown's Line, north of Horner Avenue and eastwards Kipling Avenue and northwards to Evans Avenue again.

Mimico's rough borders start around Melrose Street which is located just south of Evans Avenue and extends to the lake. The western border street of Mimico would be Dwight Avenue. The eastern border lies around Louisa Street just off Lake Shore Boulevard West closer to the newer and older batch of condos. This part of Mimico boasts some historic homes as well as some picturesque and noteworthy streets such as Victor Avenue, Eastbourne Crescent, Dartmouth Crescent, Lake Crescent and  Primrose Avenue.

There's a bus stop right at the base of Mimico Avenue and Lake Shore Boulevard that will take you directly in about 10-15 minutes to the Royal York subway in addition to the GO station located past the bridge on Royal York Road around the corner from Cavell Avenue. For additional bus routes, you need to check with the ttc website.

The retail mix in the area has been changing for the better. Between Superior Avenue and Primrose Avenue, you'll find a bright, clean supermarket (Value Mart) on Lake Shore Boulevard West in addition to the No Frills near Royal York Road and Mimico Avenue. For good fair trade coffee, try Birds and Beans (www.birdsandbeans.ca) located on Lake Shore Boulevard West at the base of Mimico Avenue between Primrose Avenue and Mimico. Adjacent to this quaint coffee spot lies Mimico Linear Park that is made up of a public space followed by a parkette that leads to a boardwalk with great city views. Travelling north on Royal York Road past Newcastle Street on the south/west corner of Simpson Avenue and Royal York Road, a popular neighbourhood bakery can be found, San Remo Bakery(www.sanremobakery.com). As you move further west past Royal York Road you'll find a variety of businesses on both the north and south portions of Lake Shore Boulevard. A quaint resto to consider on a casual night out is Cafe du Lac (www.cafedulac.ca)

As an FYI, the Humber College Lake Shore campus is located at the base of Kipling Avenue and Lake Shore Boulevard West (www.humber.ca).

Generally speaking, you can expect to pay on average anywhere from $380k to $450k-ish for a bungalow (again it all depends on the lot size and upgrades in the home & even the street itself)  and up to $680k or more these days for a move-in condition detached 2 storey home with parking in Mimico.

As far as recreational activities in Mimico go, let's not forget The Mimico Arena (31 Drummond Street) with it's great hockey program. In addition, access to the Martin Goodman trail, the Mimico Tennis Club and Mimico Yacht Club are fabulous family summer spots as is the Rotary Park Pool on 11th Street in New Toronto. As well, a quaint library is located on 47 Station Road aptly named The Mimico Centennial Library, 416-394-5330.

If you feel like getting in touch with nature locally, consider a Bird Walk hosted by theCCFEW (Citizens Concerned About the Future of the Etobicoke Waterfront)www.ccfew.org. The next bird walk (it's free too!) will begin at the Humber Bay Park East (main parking lot) 9am-11am rain or shine!. If you miss that one, the next Bird Walk will take place on Saturday April 28th at Col. Sam Smith Park.

The same can be said for New Toronto whose borders start around First Street and meld with Long Branch that continues westward towards Browns Line. The portion of New Toronto and Long Branch that's south of Lake Shore Boulevard is preferrable to most as many properties are walking distance to the lake and it's parkettes. These above mentioned pockets are also home to an ongoing emerging retail mix that is becoming more family-friendly as well as being close to major arteries such as the QEW and 427. The area is definitely experiencing a resurgence with new businesses and development projects underway such as The Watermark Condo building in Long Branch.

Alderwood, just north of Lake Shore Boulevard, going north on Browns Line and surrounding pockets offers an affordable stock of sturdy bungalows on ample lots with access to many west end arteries however access to the lake requires driving. For the past couple of years now, more new homes are being built in Alderwood. Finally, elegant 2 storey 3 & 4 bedroom family homes are cropping up. Their price now starts in the low $700's. Surprised? Don't be! South Etobicoke is the place to be for young families! 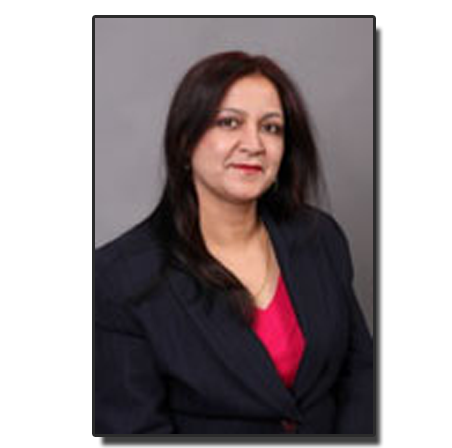